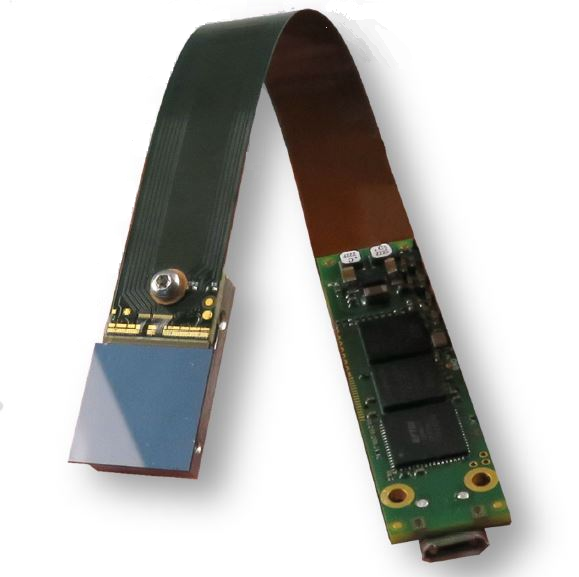 The MINIPIXTPX3F is miniaturized and low power radiation camera with particle tracking and imaging detector Timepix3 (256 x 256 square pixels with pitch of 55 μm). The MINIPIX TPX3F chip is equipped with sensor according to customer preference (standardl 300 μm thick silicon). The Timepix3 detector is position, energy and time sensitive: For each ionizing particle (e.g. X-ray photon) it digitally registers its position, energy, time of arrival and track shape – basically all information you can want. The other measures can be often calculated from the track shape (particle type, direction of flight, LET, charge …). The information on each detected particle is either read-out immediately (pixel mode) at maximal rate of 2.3 million hit pixels per second or accumulated in pair of images
(frame mode) and read-out later at maximal speed of 16 frames per second.