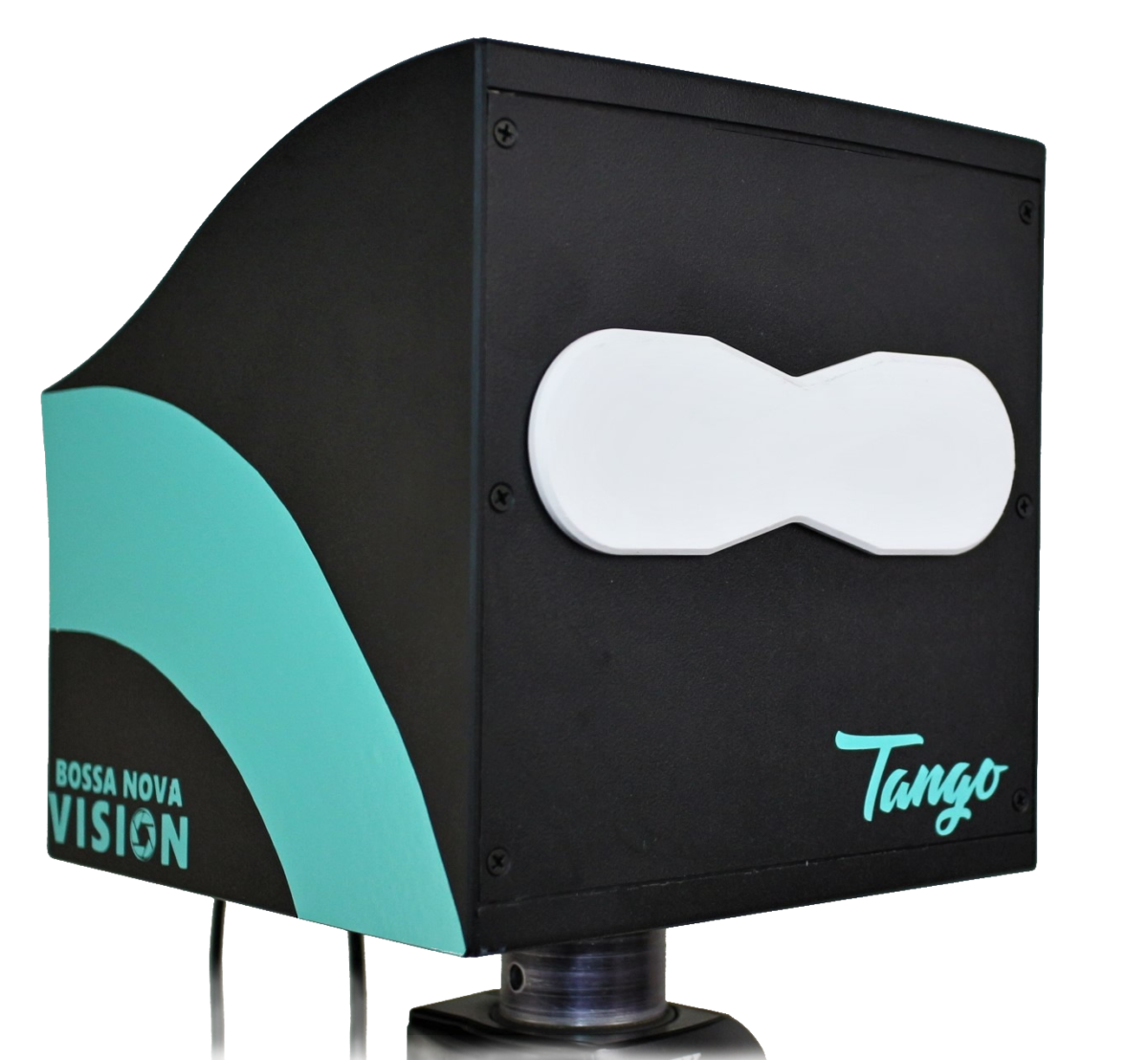 Hair shine is usually measured in a constrained environment. Even our SAMBA Hair System needs a hair sample to be put on a cylindrical geometry to correctly separate the light components, and to ensure that a shine band is visible and that we can compute a luster coefficient. The TANGO system relies on a different and innovative polarisation imaging technique to separate the different components of the light reflected and diffused by hair fibers without having to constrain the fibers in any way. Therefore, the TANGO system enables the analysis of shine in more diverse conditions (specific haircut, ethnic fibers, etc.) than the usual technique.

The TANGO system enables the separation of the components of light coming from a hair fiber which are :

The TANGO uses a method based on the polarisation signature carried by each component. This method requires the use of a pulsed polarised illumination system coupled with a polarisation analysis imaging system

To separate the three components, N images are acquired (N≥4), corresponding to N couple of polarisation states (PSGN, PSAN). The acquisition of each image and the control of PSG and PSA is done using a computer. The N acquired images are then analysed and processed to separate the contributions for each pixel of the image. 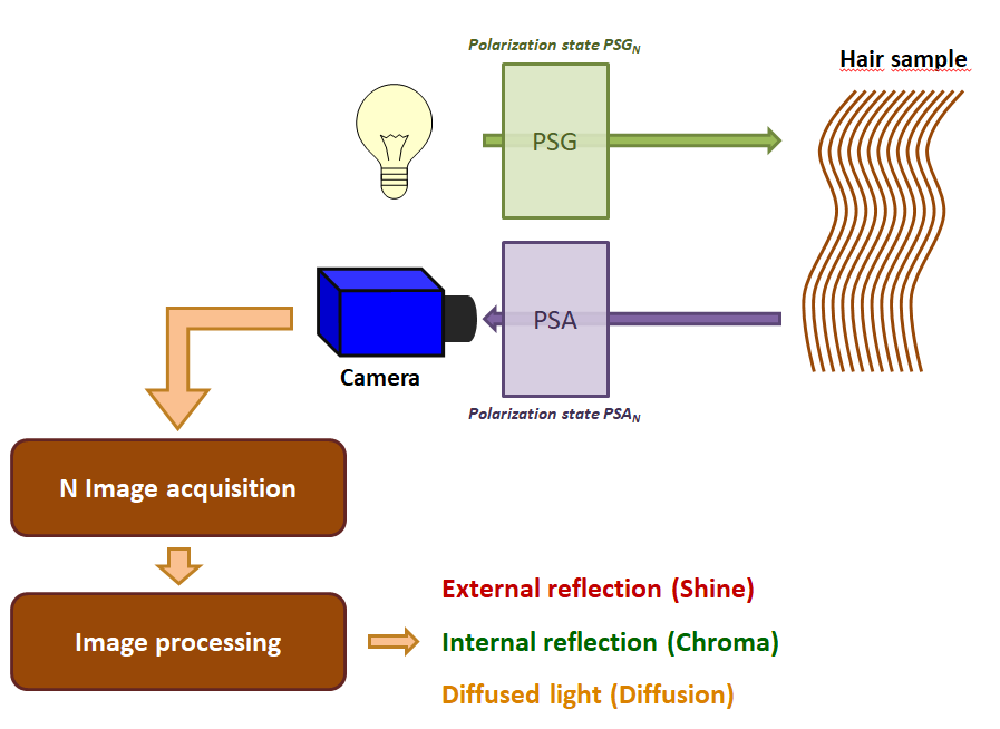 Find out more about the TANGO here.